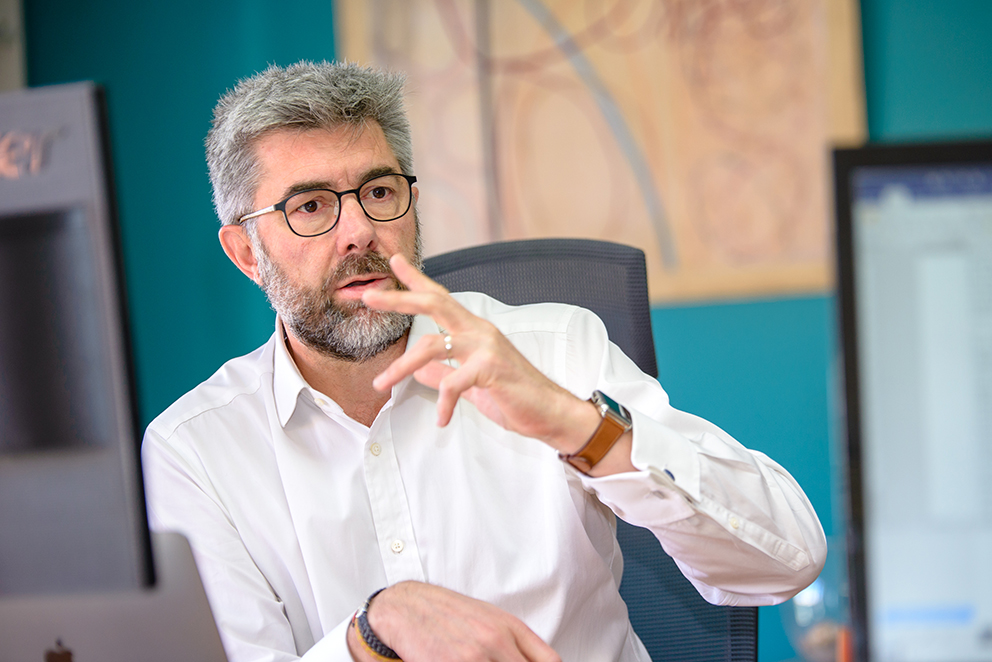 Fran Chuan, an expert in culture of innovation and author of ‘The Discipline and Culture of Innovation’, now publishes ‘Authenticity’ where, through dialogue between the two main characters, he delves in human values, change management and group leadership.

What characterizes a leader?

Followers. A leader is nobody if he does not have followers. Now, there are leaders who are followed because they have what we call charisma, they make us grow, they bring out the best in us. But there are other types of leaders, those who have followers like “sir, yes, sir”, that is, followers who want to be ordered about. These are in decline.

So that we understand each other, isTrump a leader?

He is a leader, yes, but of the second variety.

Well, here we have a leader who, instead of uniting, has divided. The feeling is that a part of the population has followed him, but he has not been able to encourage the other part.

And Hitler, was he a leader?

If anything, it was another kind of leader of the second variety. If you opposed him, you disappeared. As with Franco.

You usually talk about the ‘organizations of the future’. It’s an expression that gives me a bit of fear, because it reminds me of ‘1984’, by Orwell.

Me too (laughs). Because I am 59 years old and I am tired of hearing that millennials are the future. Let’s stop with this nonsense, millennials are the present! In day-to-day matters, in Big Data, in managing information … yes, they are over us. Therefore, what I say to employers is that they listen to their employees, that they listen to their customers, to their environment. That’s why Blockbuster died.

Because of not listening?

It did not die because Netflix appeared. It died for not noticing that technology was accelerating access to the internet. Who dared to watch a movie with a noisy modem next to you? ADSL and fiber optic appeared, that’s what ended it.

Before, you left me worried: are those of us over the age of 50 getting outdated?

Being outdated or phased out is not an issue of age, it’s mentality. Someone of 50 or 60 can be as innovative and as open-minded as someone of 25. I know people at 30 who are mentally grandparents and older people who are authentic millennials.

Your new book is dedicated to authenticity. Is imitating bad?

While you do not transgress copyrights, no (laughs). One thing is to be inspired by others and another thing is to plagiarize. Amazon was inspired by a previous company that tried to sell books online: they decided to do the same, but better.

Put that way, it seems easy.

Our culture is very diverse. So instead of bothering us, we should use it to innovate. In addition, to innovate, Latinos have an advantage, and that is that we are very imaginative. Now, you also need to sweat a little, and we are not so good at that.

Generally, yes because we are used to take advantage of what we already know and benefit today. We have to combine exploitation and exploration. To find a good and tasty apple, we have to try many bad ones before.

(Laughter) Same. When you’re in love, a spot is attractive, and when you stop being in love, that spot becomes a nuisance.

Fran Chuan, speaker, trainer, entrepreneur and promoter of the culture of innovation.
With more than two books on the market, Innovation 2.0 and Authenticity, among others, Fran works with the management teams of companies, both in strategic design and teaching workshops, to include a culture of innovation in the leadership style, strategy and DNA of corporate culture.